Yoshihiro ISHIKAWA completed his graduate work at Kyoto University and is an associate professor in its Institute for Research in Humanities. He has also been a chief of its Research Center for Modern and Contemporary China since April 2007. Prior to working at Kyoto University, he taught at Kobe University in 1997-2001, and was invited to the Institute for Advanced Study, Princeton, as Member in 2001-2002. In addition to his major research on the early Chinese Communist Party, he has followed the emergence of Party historiography in the PRC and is currently investigating socialist culture in post-1949 China. His major publications are: The Formation of the Chinese Communist Party (Japanese edition: Iwanami, 2001; Chinese edition: China Social Sciences Press, 2006; English edition: Columbia University Press, 2012), and The Modern History of China, vol.3: Revolution and Nationalism (Iwanami, 2010, in Japanese). 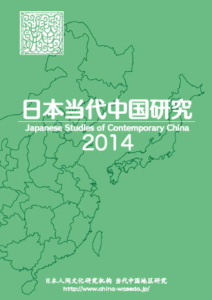